“Meltzer has earned the right to belly up to the bar in the company of John Grisham, Scott Turow, and David Baldacci.” 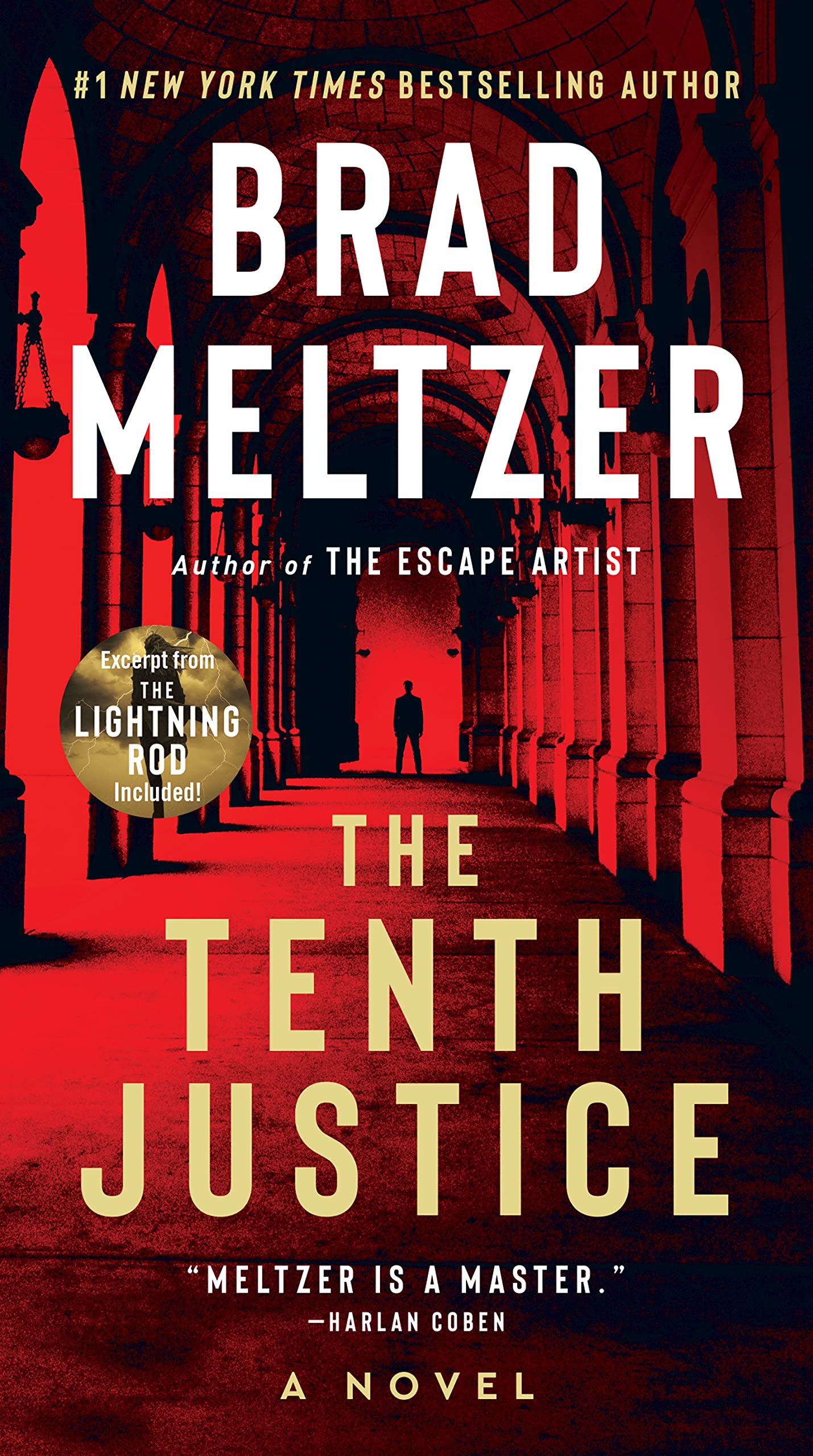 Twenty-six-year-old Columbia Law grad Brad Meltzer makes a firecracker debut with a novel that will challenge your expectations of the legal thriller. With dialogue as true as it is sharp-witted, characters as likable as they are familiar, and a plot so addictive it will keep you reading into the night, The Tenth Justice is the one thriller you and your friends won’t be able to stop talking about this year—from an undeniably original writer you’ll be following for years to come.

Fresh from Yale Law, Ben Addison is a new clerk for one of the Supreme Court’s most respected justices. Along with his co-clerk, Lisa, Ben represents the best of the fledging legal community: sharp, perfectionistic, and painstakingly conscientious—but just as green. So when he inadvertently reveals the confidential outcome of an upcoming Court decision, and one of the parties to the case makes millions, Ben starts to sweat. Big time.

Ben confides in Lisa and turns to his D.C. housemates for help. They offer up their coveted insiders’ access—Nathan works at the State Department, Eric reports for a Washington daily, and Ober is an assistant to a leading senator—to help outsnake the blackmailer who holds Ben’s once-golden future hostage. But it’s not long before these inseparable pals discover how dangerous their misuse of power can be, even when accompanied by the very best of intentions. And when a suspicious leak develops from within their own circle, Ben and his friends find themselves pitted against each other in a battle of shifting alliances and fierce deceptions that strikes to the weaknesses in their friendships, threatens to ruin their careers—and ultimately may cost them their lives.

Where does loyalty end?  Where does greed begin?  And how much can you really trust your friends?