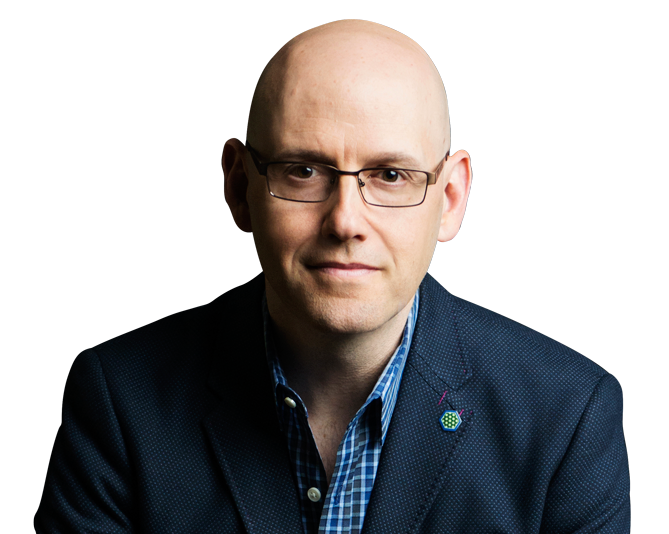 Brad Meltzer is the #1 New York Times bestselling author of The Lightning Rod, The Escape Artist, and eleven other bestselling thrillers. He also writes non-fiction books like The Nazi Conspiracy, about a secret plot to kill FDR, Stalin, and Winston Churchill at the height of WWII – and the Ordinary People Change the World kids book series, which he does with Chris Eliopoulos and inspired the Emmy-nominated TV show on PBS KIDS, Xavier Riddle and the Secret Museum. His newest kids books are I am Dolly Parton and I am IM Pei.

In addition to his fiction, Brad is one of the only authors to ever have books on the bestseller list for Non-Fiction (The First Conspiracy), Advice (Heroes for My Son and Heroes for My Daughter), Children’s Books (I Am Amelia Earhart and I Am Abraham Lincoln) and even comic books (Justice League of America), for which he won the prestigious Eisner Award.

He is also the host of Brad Meltzer’s Lost History and Brad Meltzer’s Decoded on the History Channel, and is responsible for helping find the missing 9/11 flag that the firefighters raised at Ground Zero, making national news on the 15th anniversary of 9/11. Meltzer unveiled the flag at the 9/11 Museum in New York, where it is now on display. See the video here. The Hollywood Reporter recently put him on their list of Hollywood’s 25 Most Powerful Authors.

For sure, it’s tough to find anyone being so successful in so many different mediums of the popular culture. But why does Brad thrive in all these different professions? His belief that ordinary people change the world. It is that core belief that runs through every one of his projects.

His newest thriller, The Lightning Rod, brings back characters Nola and Zig in a setting that will blow your mind (you won't believe where the government let Brad go). For now, we'll say this: What's the one secret no one knows about you? It's about to come out. Nearly 2,000 five-star reviews. Raves by everyone from the Wall Street Journal, to James Patterson, to Brad's mother-in-law. Plus that twist at the end!

His last non-fiction book, The Lincoln Conspiracy: The Secret Plot to Kill America’s 16th President  -- And Why It Failed, which he write with Josh Mensch, is about a secret society who tried to kill Abraham Lincoln at the start of his Presidency and of course failed. It also shows us what great leaders do in moments when the country is deeply divided. Sound familiar?

His illustrated children’s books I Am Amelia Earhart and I Am Abraham Lincoln, which he does with artist Chris Eliopoulos, were written for his own children, to give them better heroes to look up to. Try them. You won’t believe how inspired you and your family will be. The next in the series will be I am Dolly Parton and I am IM Pei.

His other non-fiction books, Heroes for My Son and Heroes for My Daughter, are collections of heroes – from Jim Henson to Sally Ride — that he’s been working on since the day his kids were born and is on sale now, as well as History Decoded: The 10 Greatest Conspiracies of All Time.

He’s also one of the co-creators of the TV show, Jack & Bobby.

Raised in Brooklyn and Miami, Brad is a graduate of the University of Michigan and Columbia Law School. The Tenth Justice was his first published work and became an instant New York Times bestseller. Dead Even followed a year later and also hit the New York Times bestseller list, as have all twelve of his novels. The First Counsel came next, which was about a White House lawyer dating the President’s daughter, then The Millionaires, which was about two brothers who steal money and go on the run. The Zero Game is about two Congressional staffers who are – literally – gambling on Congress. The Book of Fate, is about a young presidential aide, a crazed assassin, and the 200 year-old code created by Thomas Jefferson that ties them together. For authenticity, The Book of Fate, was researched with the help of former Presidents Clinton and Bush. The Book of Lies, is about the missing murder weapon that Cain used to kill Abel, as well as the unsolved murder of Superman creator Jerry Siegel’s father. Brad is one of the only people to interview Jerry Siegel’s family about the murder and, with his charitable site www.OrdinaryPeopleChangeTheWorld.com, has been the driving force behind the movement to repair the house where Superman was created.

His book The Inner Circle (and its sequels, The Fifth Assassin and The President’s Shadow) is based the idea that George Washington’s personal spy ring still exists today. A young archivist in the National Archives finds out the spy ring is still around. He doesn’t know who they work for — but the greatest secret of the Presidency is about to be revealed. While researching the book, former President George H.W. Bush also gave Brad, for the very first time, the secret letter he left for President Bill Clinton in the Oval Office desk. If you need a good cry, read this story about Brad reading to President Bush before he died.

Oh, and yes, Brad was recruited by the Department of Homeland Security to brainstorm different ways that terrorists might attack the US.

Brad supports many worthy causes including putting mentors in underserved public schools with City Year, fighting breast cancer with Sharsheret, and serving on the Board of the National Medal of Honor Museum Foundation.

Brad has played himself as an extra in Woody Allen’s Celebrity, co-wrote the swearing in oath for AmeriCorps, the national service program, and earned credit from Columbia Law School for writing his first book, which became The Tenth Justice. Before all of that, he got 24 rejection letters for his true first novel, which still sits on his shelf, published by Kinko’s.

Brad currently lives in Florida with his wife and three children. 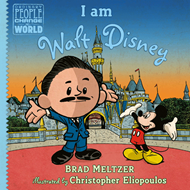 I Am Walt Disney

The 18th picture book in the New York Times bestselling series of biographies about heroes tells the story of Walt Disney, who made dreams come true.
Get the Book
LEARN MORE
×
Back to Top